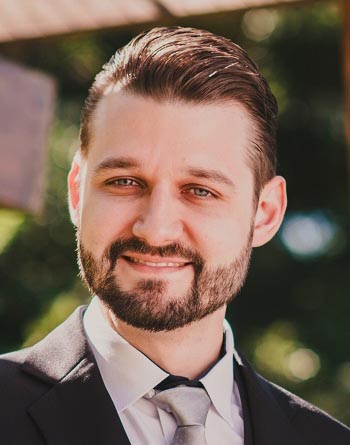 Misael Dalbosco was born in Nova Trento (Brazil). He started his Bachelor studies in Mechanical Engineering at the Federal University of Santa Catarina in 2006, during which he was awarded scholarships for research internships in The Netherlands and in Germany. After graduating in 2011 he started working as a Mechanical Engineer for a car parts supplier. In 2014 he left his job to start his Master’s studies at the Federal University of Santa Catarina. After finishing in 2016, he started working as a part-time lecturer at the University Center of Brusque, where he was involved in several projects and founded the local Baja SAE Team. In 2017 he started attending PhD lectures as a guest student at the Federal University of Santa Catarina and enrolled as a student at the beginning of 2019. A few months later he was awarded an Ernst Mach scholarship for a 6-month research stay at the Institute of Biomechanics, Graz University of Technology in Austria. In June 2020 he joined the Institute as a University Assistant.